$68.00
Pre-order - Expected approx. 1 November 2020
Due to this product being on pre-order. A seperate shipping charge will appply to the order if ordering with other products.

**PRE-ORDER SHIPPING LATE OCTOBER 2020** Postage will be charged seperately to other items in your cart so we can ship other items ordered now and then the folder during its release.

The Annual ANDA Money Expo $1 Mob Of Roos Series has been given a fresh face! Now showcasing Privy Marks of Bird Species that are Native in the state in which the Money Expo is held. The first Release for this folder is the 'Black Swan' PrivyMark $1 Released for the Perth Expo on 8/02/2019. Followed by the 3 Other Unreleased Coins Of the complete folder collection over each of the following ANDA Money Expositions. Brisbane on the 2nd of May, Melbourne on the 18th of July and lastly Sydney on the 24th Of October

Your Complete Avian Privy Mark Set will be shipped to you shortly after the final expo is held in October. By making a purchase on this product you are not only saving on multiple postage costs but also getting all 4 Coins before the market value rises on them. We estimate that your savings will be up to $50+! Compared to buying these coins individually.

This coin series is a special ANDA release issue with a low mintage of 3000 of each coin made only. 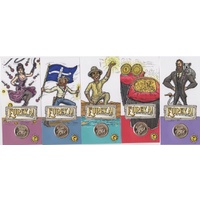 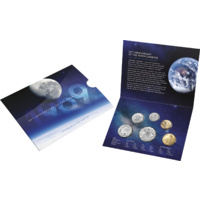 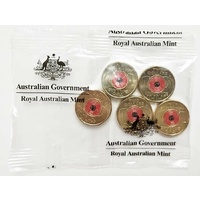 2019 50p Celebrating the Life of Stephen Hawking B