Game of Thrones™ Iron Coin of the Faceless Man

Brilliant Uncirculated medal, with the sigil of House Stark on the obverse and 'Winter is Coming' on the reverse An information card featuring specially commissioned illustrations of three Direwolves and The Night King. A unique handstamp depicting th

This is the coin given to Arya Stark by the mysterious assassin Jaqen H'ghar. It is not a coin for buying things, but rather denotes association with the organization of the Faceless Men. Worshippers of the Many-Faced God, the Faceless Men are a guild of assassins from the Free City of Braavos who see themselves as servants of death who will bestow the gift of death as an end to suffering. Their House of Black and White contains a shrine to various incarnations of the Many-Faced God, including the Black Goat of Qohor and the Stranger within the Faith of the Seven. The obverse of the coin depicts a hooded figure with an indistinct face. Depending on the light, he may seem to change in appearance. Inscriptions on reverse show our VDVM monogram in the center, surrounded by the words, Valar Morghulis, Valar Dohaeris: All men must die, all men must serve.

The product is treated to look as if it has been handled and circulated. This process is done by hand, and it is both an art and a science, coloring and patinas will vary. No two are exactly the same! Coins are struck one at a time in the USA using antique machinery and traditional coining techniques. US Quarter 1oz Copper Round 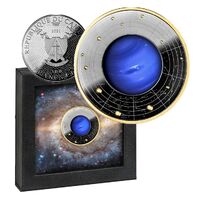 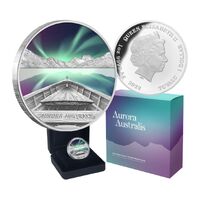 US Walking Liberty 1oz Copper Round