This commemorative coin was released as part of the Centenary of Federation 50c series. Comprising ten coins, this array is a critical element of Australian decimal collecting - it features Australia's lowest-mintage circulating 50c types!

The Federation 50c series was struck to celebrate the 100th anniversary of Australian nationhood. It included nine coins that each honoured a separate state or territory, along with a tenth bearing the Australian Coat of Arms. Celebrating the Australian Capital Territory, this eye-catching coin bears the Coat of Arms of Canberra. It is an incredibly low-mintage issue - just 2 million coins were struck!

A unique, one-year-only legal tender type, the 2001 Australian Capital Territory 50c is crucial for a complete collection. Now 17 years post-release, it's very hard to find in change in any grade - and impossible in pristine Uncirculated condition!

Keep your collection complete in the utmost quality - secure the 2001 Australian Capital Territory 50c coin today! Each coin is presented in an attractive, credit card-style pack. 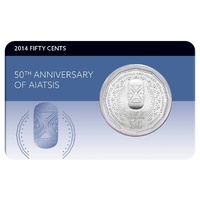 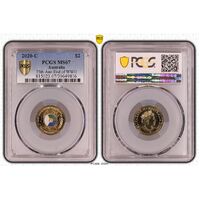