This striking, commemorative coin was released as part of the Centenary of Federation 50c series. Comprising ten coins in total, the series is highly sought-after by decimal collectors, as it features Australia's lowest-mintage circulating 50c types!

The Federation 50c series was struck to celebrate the 100th anniversary of Australian nationhood. It included nine coins honouring a separate state or territory, plus a tenth bearing the Australian Coat of Arms. Issued to commemorate Western Australia, this coin features the WA Coat of Arms upon its reverse. Crucially, just 2.4 million were struck, compared to an annual average mintage of 20.61 million 50c coins from 1966-2016! It's little wonder that this coin is so hard to find in change! 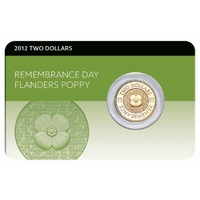